One of the earliest inventions that man has designed was using different colored earth, or grinding soft rocks to powder pigments to make paint. For this week we’ve discussed about minerals and it was very interesting seeing the different minerals especially Azurite, Galena and Bornite that really caught my attention with their blue spacey and metallic colors. With this I was very interested in learning more about which minerals were used by painters to make certain colored paints. 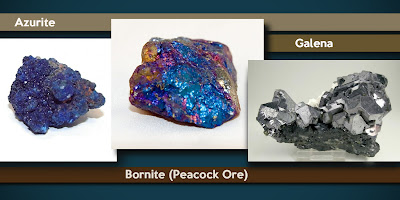 Around 3100 B.C., Ancient Egyptians were the first to start using blue and is the first color pigment synthetically made from minerals. They took a mixture of calcium, copper, and quartz to a temperature of 1652°F then brought down to a lower temperature for curing. After which, they would place this either in a liquid formula or into a wax. This variation of blue is known as “Egyptian blue” and was also known as “Pompey Blue”. Azurite was rarely used until the Middle Ages. The name “Azurite” comes from Latin borrowed a Persian word (lazhward) for blue which formed lazurium that became azurium, and finally the word azure. Since it’s easy to find in and around copper mines and with its beautiful dark blue hue, it was perfect for craftsman and artists to use in their paintings. Though popular then, it is not used today because all azurite paints eventually decay from a dark blue hue to a green as the copper tarnishes. 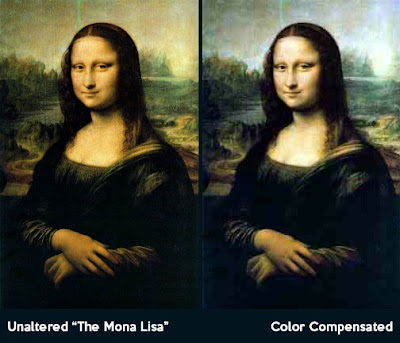 An example of this would be the compensation of color in "The Mona Lisa" by Da Vinci.


The painting in the left side is unaltered from the original color while in the right, it shows the color compensation for the green from the azurite.

Hematite is an important iron ore and an important pigment as well. Also known as “red ochre”, it has been used in cave paintings, body and face paint throughout the world, paint pigment and modern lipstick. Red lead is the primary color of red and is derived from the mineral Minium. 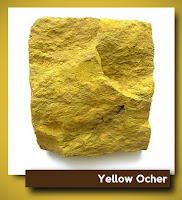 Yellow Ocher is a natural earth pigment which consists of clay colored by iron oxides. They are among the most used pigments dating back to prehistoric times.

It comes in variety of shades depending on its origin. Lighter shades of yellow may be burned tomake darker shades. The purest ochers come from France and Cyprus. Under moderate heat, it produces yellow-red colors. While the stronger the heat the more rich and immersed the produced color is. 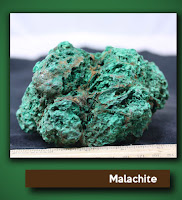 
Malachite is a bluish green pigment that can be seen in Egyptian tomb paintings, and is is used in historical painting until the 18th century. It is a semi-transparent, large grained color that shows bluish and greenish crystals. 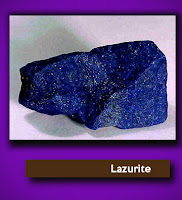 Lazurite is a very expensive type of dark blue/purple mineral. It is combined with other minerals to form the complex rock called lapis lazuli which is powdered and purified by mixing with max and lye. Europeans called the pigment ultramarine which literally means over the sea. Since the 19th century it has been manufactured artificially.